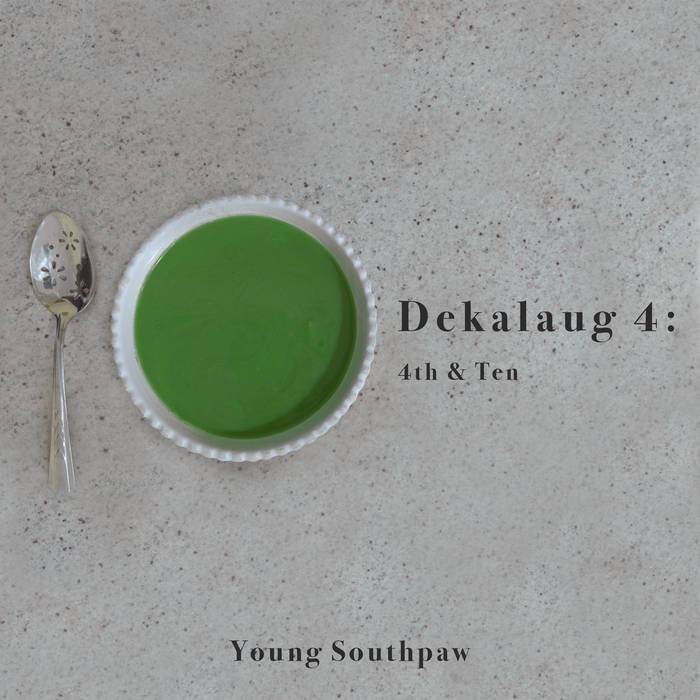 Love will tear us apart, I mean maybe ya know. I guess that’s a possibility. I’d certainly never thought of that before I heard the song. That’s kinda dark. Though you look at those photos of Joy Division, they’re all black and white as well, real gloomy…

But ya know love, maybe… like I said, but ya know what would definitely tear a couple apart? Bears! I mean why wasn’t it Bears Will Tear Us Apart? Same number of syllables, ya know? I’d have to think that just by using logic Ian Curtis woulda thought of that before love occurred to him. Comes first alphabetically too! In case like the charts were rigged that way. I guess A would be even better but… Can’t think of anything…axes? Nah, see that’s two syllables. And they more chop apart than tear. Though that So I Married An Ax Murderer had a pretty good soundtrack ya know. Ned’s Atomic Dustbin doin’ Saturday Night by the Bay City Rollers. Boo Radleys coverin The La’s There She Goes. Suede with My Insatiable One. Now that’s pretty dark when you’re talking about ax murderers. Insatiable, woo. I wonder if New Order were even considered for that soundtrack? They coulda done like…well Lions & Tigers & Bears was a chant, not really a song. But ya know how they had a certain fondness for like frog noises and whatnot, on singles no less? They coulda thrown the Lions & Tigers & Bears chant into their tune for the So I Married An Ax Murderer soundtrack. A knowing nod to their secret history. But wait a minute like what if New Order…covered the entire Wizard of Oz soundtrack… And like if you pressed play on it at the beginning of So I Married An Axe Murderer it was like the most psychedelic experience ever!

But I mean yeah again axes and definitely axe murderers chop more than tear. Could be a combo I guess. Not so snappy of a song title though, ya know – Axes & Axes Murderers Will Chop & Tear Us Apart. Rarely do such themes make it into the singles charts. Though So I Married An Axe Murderer was ultimately a film about love. So this is quite problematic…

But like what strictly tears? Eyes I guess, not in the same way of course. That’d be crazy if tears…teared…tore? I mean now we’re in Pixies territory, no pun intended. Though I don’t know, who knows the inner workings of my mind and what it means to intend and whatnot? But that’d be crazy if Debaser was actually a cover of Love Will Tear Us Apart. Done to point out exactly what I’m saying here about the tearing. Imagine if Salvador Dali went on to sing for Joy Division, they just kept the name after Ian passed and like Peter Murphy ended up bein’ their chauffeur. And that’s what that Duran Duran song is about! That makes perfect sense!

Though if it was a bear drivin’ a car, like if Peter Murphy couldn’t make it to work one day. I mean I assume if Peter Murphy was going to get someone to replace him, bear or otherwise, he’d make sure they could drive. Heck they even had that Spy In The Cab, he’d totally know who he was putting in charge of cartin Joy Division around. Heck, it might even be too much of a system. But let’s just say, like there’s a communication breakdown, Jimmy Page workin’ some dark magic ya know, and a bear who doesn’t have a license, doesn’t even know how to drive, has prolly never even been behind the wheel of a car before – or any vehicle, tractors and gold carts included – let’s just say this bear finds himself there. What can he do? Does his best, I’m sure. But there is a very real danger that this bear…could tear them apart… Just by wrapping them around a tree or somethin’. And the car, car would go first. This could be what the songs Confusion and True Faith are about, heck maybe even Everything’s Gone Green – ya know this bear just taking them all back to the woods where he knows it’s safe. Rather than on busy city streets with radio stations refusin to play Axes & Axe Murderers Will Chop And Tear Us Apart

But like back to what I was sayin’ about alphabetically, eyes would be out cause E comes after B. Though like Bear’s Eyes Will Tear Us Apart does sound real cool and poetic, heck even more intriguing than Love. Lots of people fall in love, or claim to for whatever reason. But how often do you come face to face with a pair of bear’s eyes? Then like they could be crying, the tears tearing apart…it’s all startin’ to make sense now… And like Paddington Bear, ya know! Keepin’ it English. I’m not sayin’ Paddington Bear was violent at all. And neither am I sayin’ Joy Division should have been playing children’s television shows. If that’s what you’re taking away from this, let me correct your misconceptions. Though I mean I don’t wanna take money outta their pockets either. I mean kids prolly woulda liked Dali’s moustache, not payin’ so much attention to the sounds coming out of the speakers…

Huh… Though there’s prolly some copyright stuff with Paddington Bear but like ya know I mentioned they liked sampling animal noises, I imagine since those were still early days of electronic music you’d need a live bear at some point in the equation. Like musos didn’t regularly have authentic bear samples on hand. I mean where do ya go? Well Liverpool, of course! Bill Drummond and Dave Balfe got Zoo Records going…

Woah, speakin’ of bears and Liverpool, there was that band Care ya know. Paul Simpson and Ian Broudie. Care Bears ya know, woo! They had that tune Flaming Sword. Imagine facing that on the dancefloor! That’ll tear you apart. Well, I guess more slice though. But still, Care Bears With A Flaming Sword, now we’re talkin!

There were apparently a lot of animals in Liverpool at the time, certainly enough for a zoo – Lori & The Chameleons, Wild Swans, even Bunnymen – and then like all that Beatles memorabilia of course. Other cities prolly had Zoo Envy. Well how bout Zoos Will Tear Us – or heck Zeus! Will Tear Us Apart. I mean his lightning certainly would. Split you right in half. Like that Smiths song you know. And the Greeks woulda been fond of division too. Archimedes and his crew, all those cats. Maybe they even wrote Zeus Will Tear Us Apart and it’s just been floatin in the ether ever since for Ian Curtis ta pick up on thousands a years later. I mean I wonder how many songs this happens for…